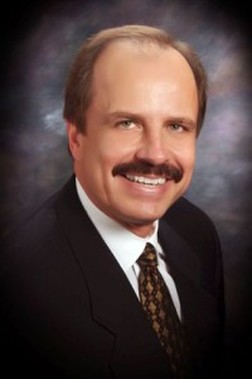 Michael J. Broussard, President, began his career in the oil and gas industry in 1977.  He obtained his Certified Professional Landman certification in 1989.

He was twice honored with the Outstanding Member of the Year award for LAPL, as well as having been nominated for the AAPL National Landman of the Year Award.

He is currently an active member of LAPL, AAPL, as well as the Houston Association of Professional Landmen.
Mike has experienced working “in-house” for a Houston based company; learning the intricacies of company operations and negotiations. From the operations center in Lafayette, Mike has managed various projects, both in size and complexity, in all parishes of the state, all states along the Gulf Coast, as well as the states of Michigan, Utah, California and Ohio. Mike has also established a Houston based command center for all his client’s Texas operations.

Mike is very active in continued education in the oil and gas industry.  He has been extremely involved with various committees and continuing education seminars in both the Lafayette Association of Professional Landmen (LAPL) and the American Association of Professional Landmen (AAPL). He has held various office and committee chair positions including President and Ethics Chairman of the LAPL and Certification Committee Co-Chairman of the AAPL.  Mike was twice awarded the Outstanding Member of the Year in 2004 and 2012 for LAPL and nominated for AAPL National Landman of the Year for 2004.  He was a Board Member for the Louisiana Independent Oil and Gas Association 2004 and 2005 Gulf Coast Prospect Expos and was Chairman, Facilitator and/or Speaker for the 2004, 2006, 2007, 2008, 2010 and 2012 Gulf Coast Land Institutes.  Mike was asked and accepted to speak in a hearing before the Board of the Louisiana Department of Natural Resources at a pivotal time during the 1990’s when 3-D seismic acquisition was at its peak, sharing with the Board the ways and means of his practice of prudently representing his clients all the while protecting and appeasing the multitude of landowners affected by these operations.  Mike continues to maintain active membership in the LAPL, AAPL and the Houston Association of Professional Landmen.